If the recent events that have taken place around the world have taught us anything, it is that we should all work towards making the internet a safe place every day. With that in mind, we want to address a topic that has grown in importance over the past ten years: Misinformation and disinformation.

The nature of how information spreads has been dramatically transformed by social media over the course of the past decade. The continuous evolution of culture and society has led us into a “post-truth” era where facts are irrelevant, making people more susceptible to emotional appeals and manipulation.

Many people use these two terms interchangeably, but the key difference between them is in fact, the element of intent.

The following content shows the difference between misinformation and disinformation and introduces related concepts. It also presents ways to detect fake news and offers options for their investigation using Maltego.

What is Misinformation? 🔗︎

The word misinformation has been around since at least the 1500s and refers to spreading false information with no apparent intent to mislead.

We are all susceptible to generating and spreading misinformation, for we have fallible memories and are prone to mistakes or miscommunication. For example, we might share or discuss something without fact-checking and may forget or mishear things or details but share them anyway.

What is Disinformation? 🔗︎

Disinformation takes place when misleading or biased information is deliberately spread. For example, during the Cold War (1947-1991), the Soviet Union and the U.S. dedicated many resources to spreading wrong information to undermine each other.

Disinformation can take many forms, from fake news to memes and propaganda, all of them seeking to influence and control public opinion. 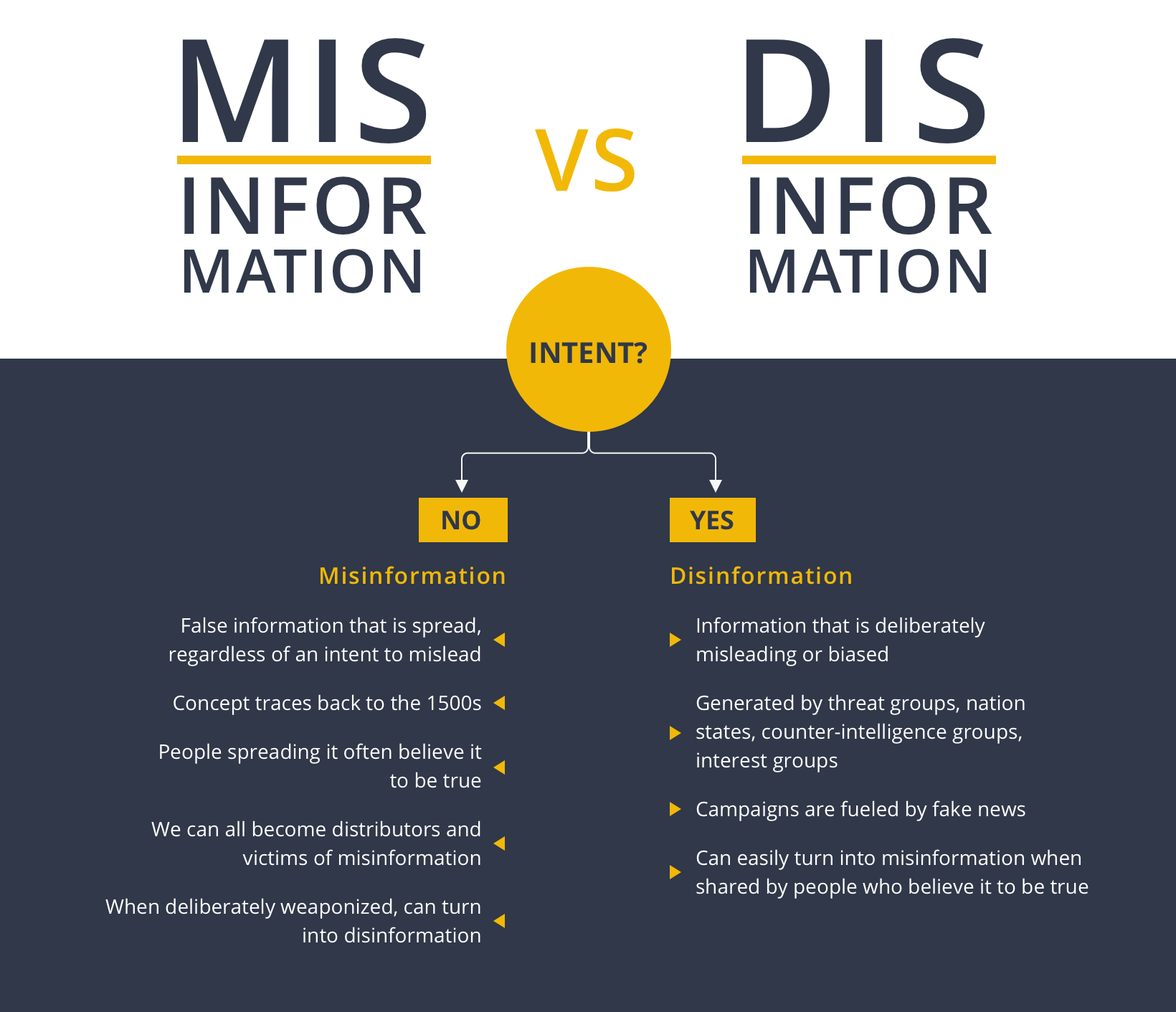 Misinformation and disinformation can often form vicious circles, one recent example resulting from the Covid-19 pandemic, where their massive spread was aptly named an Infodemic. 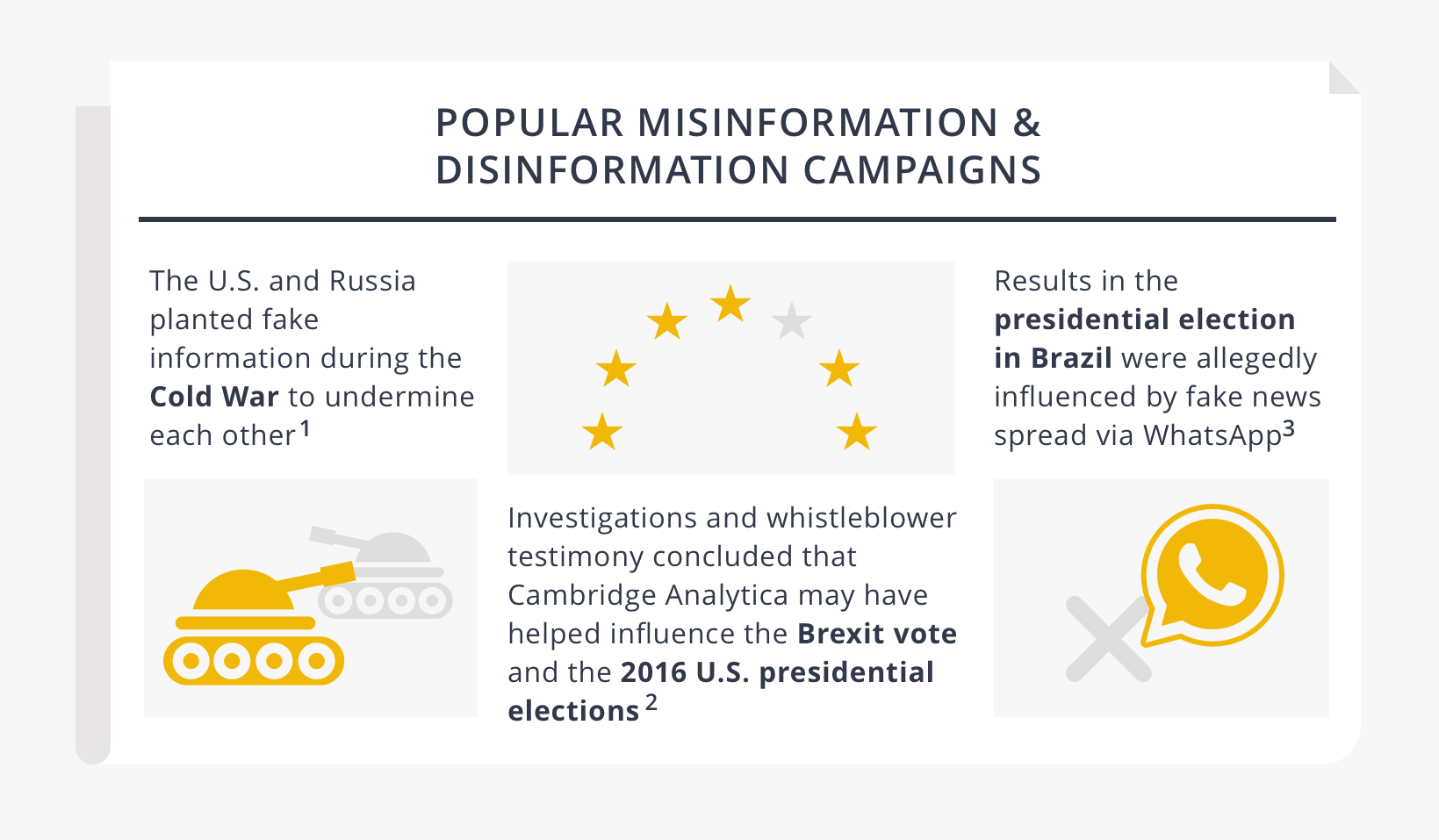 Misinformation and disinformation spread online in many ways and via different means. However, they do leave digital artifacts (IP addresses, URLs, webpages, domains, and the like) in their wake. These constitute evidence that can be traced and linked to newly found artifacts, thus forming networks that can be studied using Maltego.

As a graphic link-analysis tool, Maltego can help map misinformation and disinformation networks in order to study the relationships between the different artifacts inside them, understand how a particular piece of fake news spreads, detect clusters, and potentially determine who is behind a specific campaign.

But there are a few things to learn before you embark on your investigation, for misinformation and disinformation are part of a vast ecosystem and their success is partly rooted in the knowledge and exploitation of human behavior.

Misinformation and disinformation are part of a vast ecosystem and their success is partly rooted in the knowledge and exploitation of human behavior. 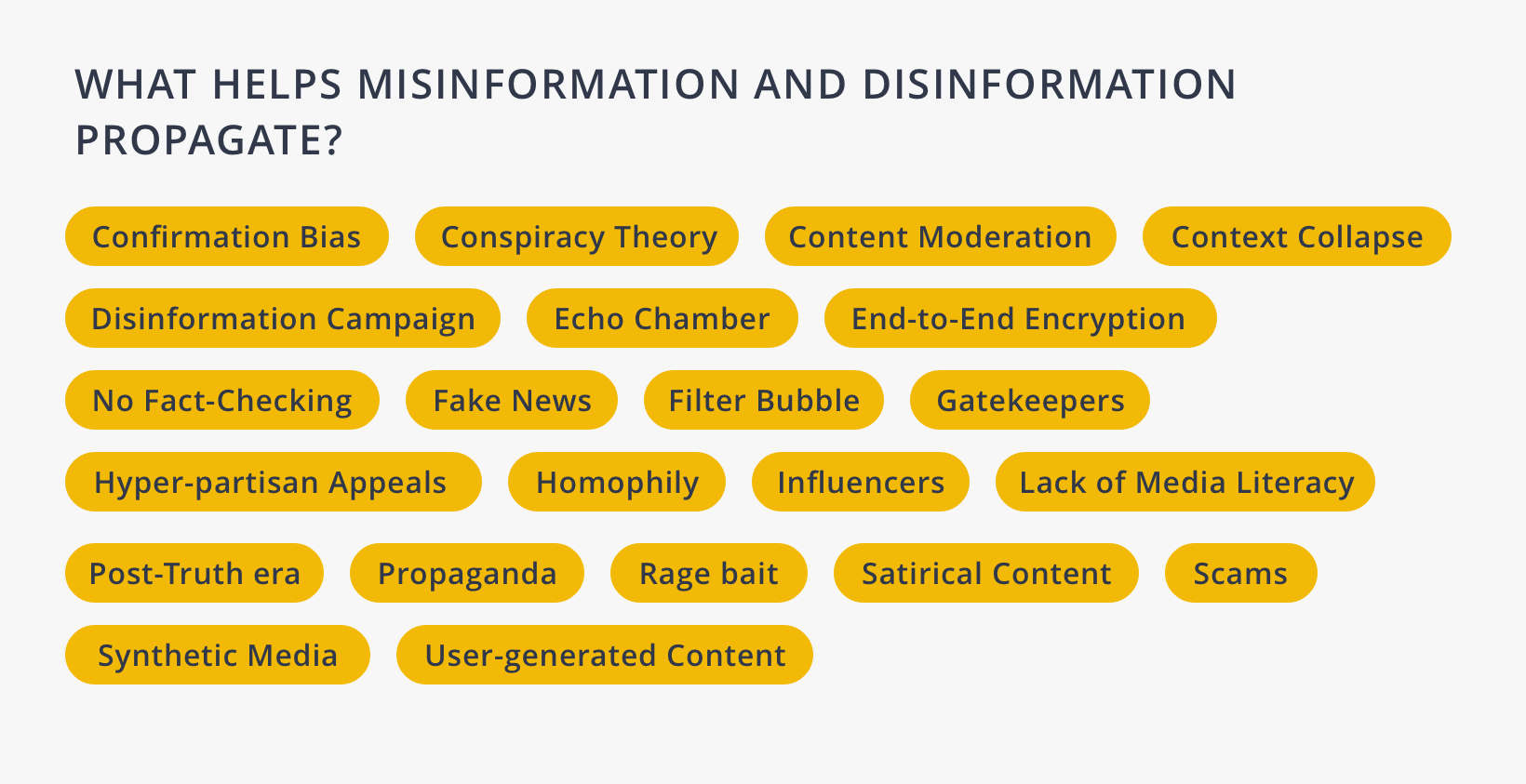 Information Fact-Checking is an Afterthought 🔗︎

A little over fifteen years ago, news and information were exclusively consumed from newspapers, television, and radio. Despite possible political or ideological leanings, the so-called fourth estate was and is considered a truthful and reliable source of information.

Because of that, our society is not used to fact-checking (questioning the source and content of what we read, see, or hear), particularly when the source is someone who’s opinion we value. In fact, the whole process has become an afterthought.

What Lies are Made of 🔗︎

Amongst others, fake news refers to false and often sensationalist stories that lay at the heart of disinformation campaigns. In order to serve a particular interest, these stories are often crafted as rage bait with the hope of outraging the public and in doing so, generating greater amounts of interaction.

Additionally, a large amount of fake news used for disinformation campaigns is based on or feeds into conspiracy theories, thus rejecting the “mainstream” explanation for an event and crediting a covert group or organization with executing a secret plot.

We Are Only Human 🔗︎

It is not all about fake news and the public failing to fact-check what we read. Each of us holds certain beliefs and opinions, and we subconsciously look for information that will further confirm or support them. This is known as confirmation bias.

We also tend to live in echo chambers, where the same opinions we hold are voiced and promoted, and we have a tendency known as homophily, which makes us form stronger bonds with those similar to us in age, gender, ethnicity, class, beliefs, etc.

By eroding geographical barriers, the Internet has provided groups and individuals with echo chambers where opinions are supported across nations and the world. This has greatly accelerated the spread of misinformation and disinformation, which in turn has increased the risk of massive radicalization.

This is worsened by so-called gatekeepers i.e. people (influencers, politicians), interest groups, or platforms (social media platforms) controlling access to information and presenting themselves as arbiters of quality or legitimacy.

Technology can be Part of the Problem 🔗︎

While end-to-end encryption keeps our data from being intercepted by threat actors or repressive regimes, it also complicates detecting and monitoring the spread of fake news on platforms, such as WhatsApp for example.

The regional and cultural nuances of each language and dialect can be very intricate, and lack of language-specific content moderation on social media platforms to help train detection algorithms can result in subtle or covert messages (written, visual and auditory) being overlooked.

Tech Companies Can be Part of the Solution 🔗︎

Some of the most public actions undertaken by Technology companies seeking to safeguard their customers are rather recent.

In 2018 YouTube, Facebook, and Twitter banned Alex Jones, who is responsible for disseminating fake stories on school shootings across the U.S. On that same year, Reddit shut down the main QAnon subreddit channel to help reduce the spread of misinformation related to the conspiracy theory.

In May 2020 Twitter introduced labels and warning messages providing additional context and information on tweets mentioning popular topics such as COVID-19. And, in January 2021, Amazon Web Services (AWS) terminated its hosting services for Parler, the platform where allegedly much of the planning for the Capitol riots in the U.S. took place.

How to Identify and Curb The Impact of Disinformation 🔗︎

The internet is full of tricksters and malicious actors who rely in people’s lack of media literacy to further their own agendas. Thankfully, some information is so largely exaggerated that it is easy to categorize as fake news, for everything else you can follow these steps: 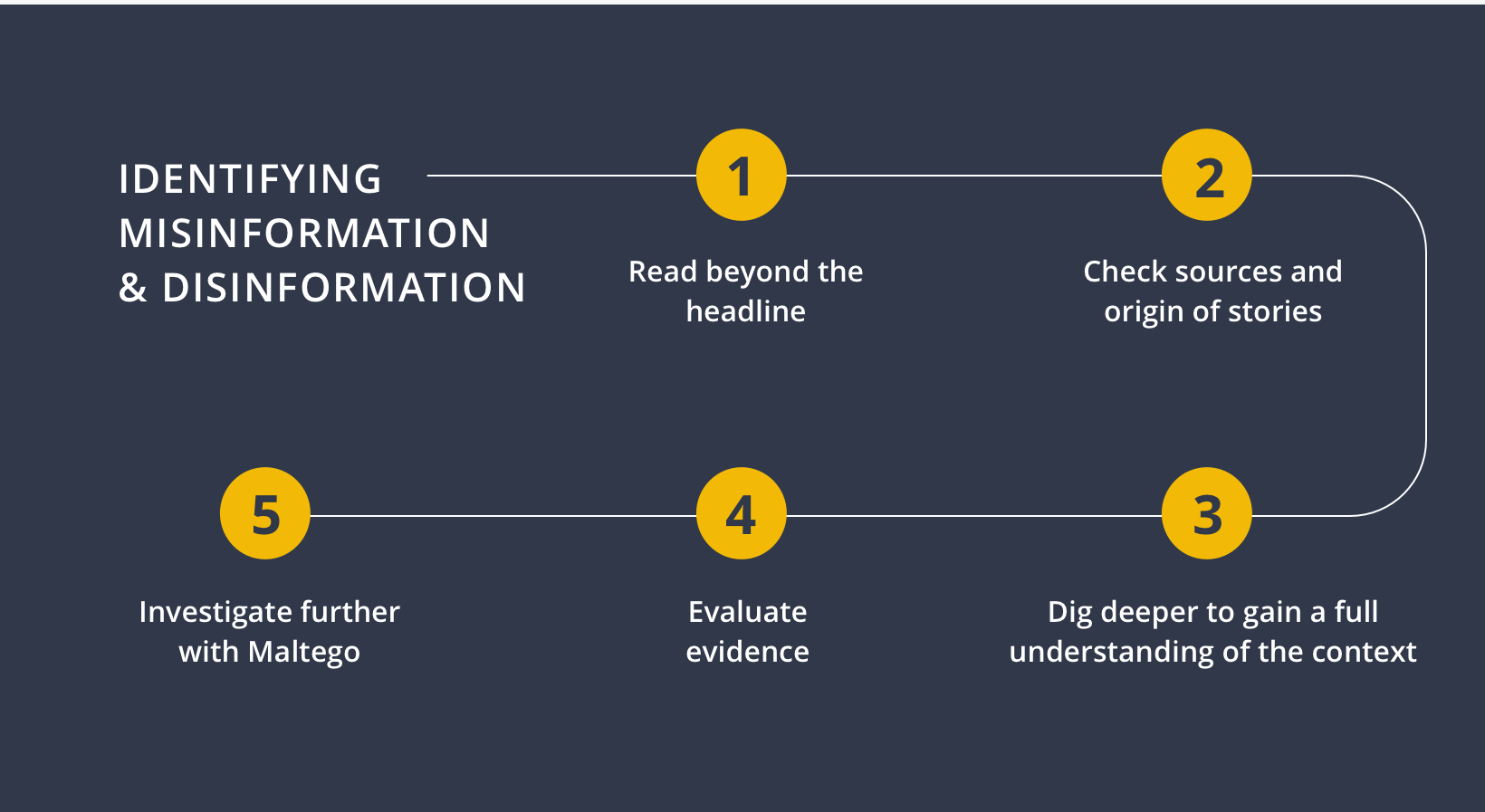 1. Read Beyond the Headline 🔗︎

Reading before sharing can help develop our critical thinking and teach us to detect signs of rage bait, hyper-partisan appeals, and scams. It can also keep our biases in check by helping us identify synthetic media—i.e. auto-generated content that specifically fits our beliefs and principles.

2. Check the Sources and Origin of the Story 🔗︎

You read the story but are still unsure about it being legitimate? it is time to look closer.

Timestamps are vital to helping us understand where the story came from and to counteract the phenomenon of context collapse on the internet. Overlooking timestamps and dates can always make it look like the story is taking place right here and right now each time it gets posted, re-posted and shared.

Next, try to find the original author of the story as well as first-hand sources such as legal filings, interviews, leaked documents, press releases, photos, videos, and the like. This will allow you to analyze the evolution of the story over time and detect any possible manipulations.

3. Dig Deeper to Gain a Full Understanding of the Context 🔗︎

We have likely all mistaken a satirical article for a real story at some point. This is not disinformation, but we can easily turn it into misinformation by sharing and spreading it. To avoid it, check the type of outlet hosting the information, and then check this against other articles mentioning the same story.

Take all the information you collected, and consider the quality of your sources, their political and ideological leanings, omissions, and errors in reporting, what the larger narrative is, and whether or not you should share the story. If you are certain you have encountered a piece of fake news, report it, and do not share it!

Want to dig deeper or look into the network behind the disinformation campaign?

Investigators can perform several types of analyses with Maltego depending on the type of information they want to look into (photos, images, memes, articles, social media messages, hosting services, websites, etc.), and the starting point from which they want to launch an investigation using Maltego.

In Part 2 of our Mis/Disinformation blog series, we will introduce a basic investigative workflow and walk you through a simple but insightful mis/disinformation investigation conducted with Maltego. Stay tuned!

Before Part 2 is released, check out our previously published use cases and tutorials about tracing fake news networks and the spread of image-based campaigns. 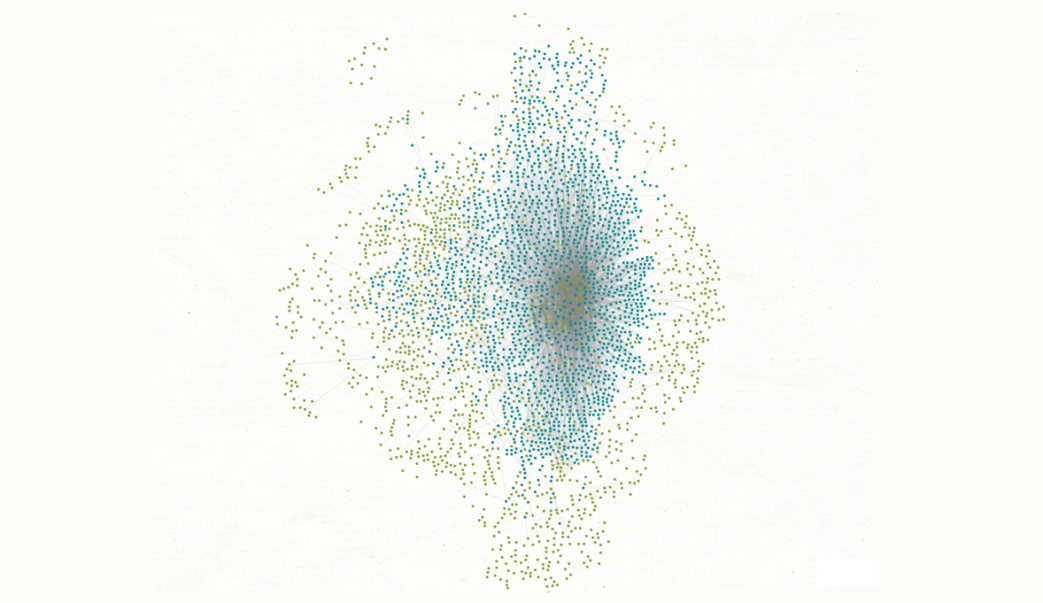 Tracing Internet Relationships and The Spread of Fake News 🔗︎

Study the relationship between different URLs to understand how a particular piece or pieces of fake news spread by using Maltego Standard Transforms which are shipped with the Maltego Client. 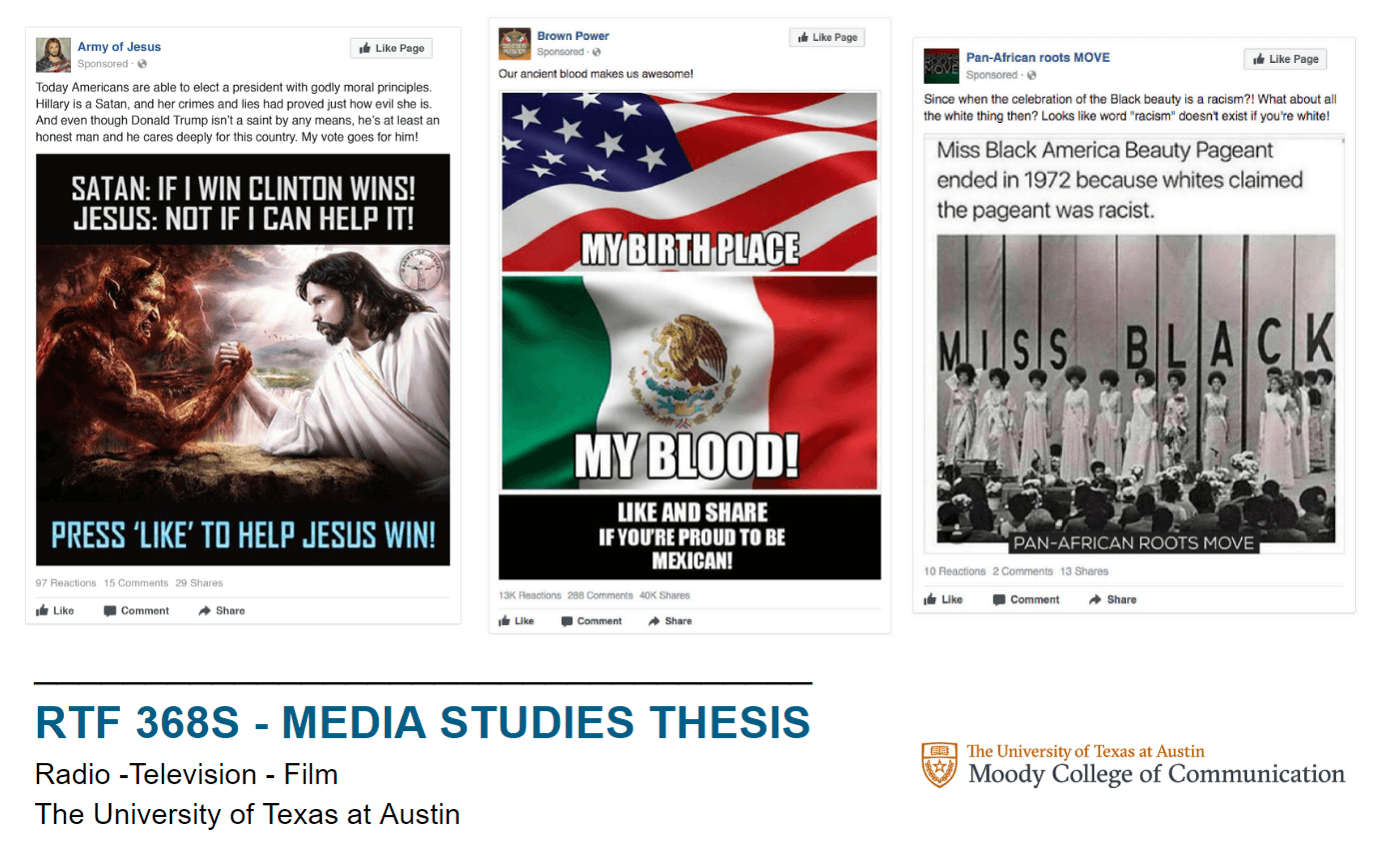 If you encounter an image or meme that looks suspicious, out of context, or extremely polarized, you can conduct a reverse image search with TinEye Transforms and search the web for the same image or variations thereof. In doing so, you will be able to investigate visual disinformation campaigns.